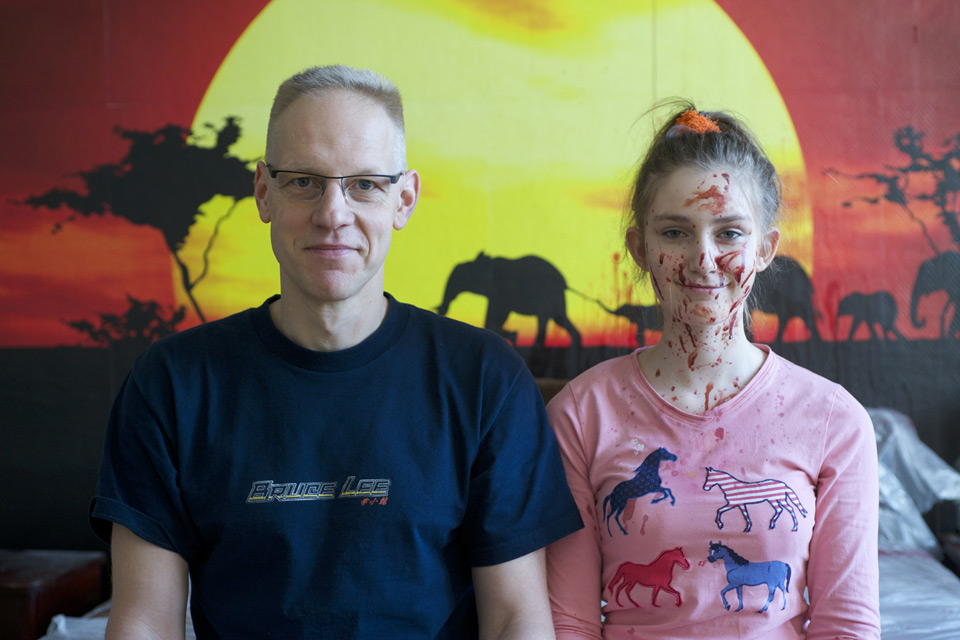 Final Girl, the title of my episode, refers to the last survivor in a horror film. Traditionally, the final girl survives all ordeals and eventually brings down the killer (usually someone with rigidly executed moral concepts), a process in which she is more often than not obliged to use means as brutal as those previously employed by him.

The final girl in German Angst was not the victim of some stereotypical slasher villain. She had been victimized by her own father, which roots her story in reality — a story that begins long after the paternal abuse. It was my aim to find images worthy of the young victim’s torn and frayed interior life. The girl’s bloody revenge is not only an expression of hatred but also of a desire for redemption. The father has owned up to his guilt and surrenders without resistance to his daughter’s retribution/dissociation. By willingly submitting himself to sacrifice he releases his daughter. The girl commits the act seemingly without emotion, as a ritualistic final act of charity/self-empowerment. But can the bloody deed really annihilate all residues of hatred, shame and denial? Will the final girl ever be really free? 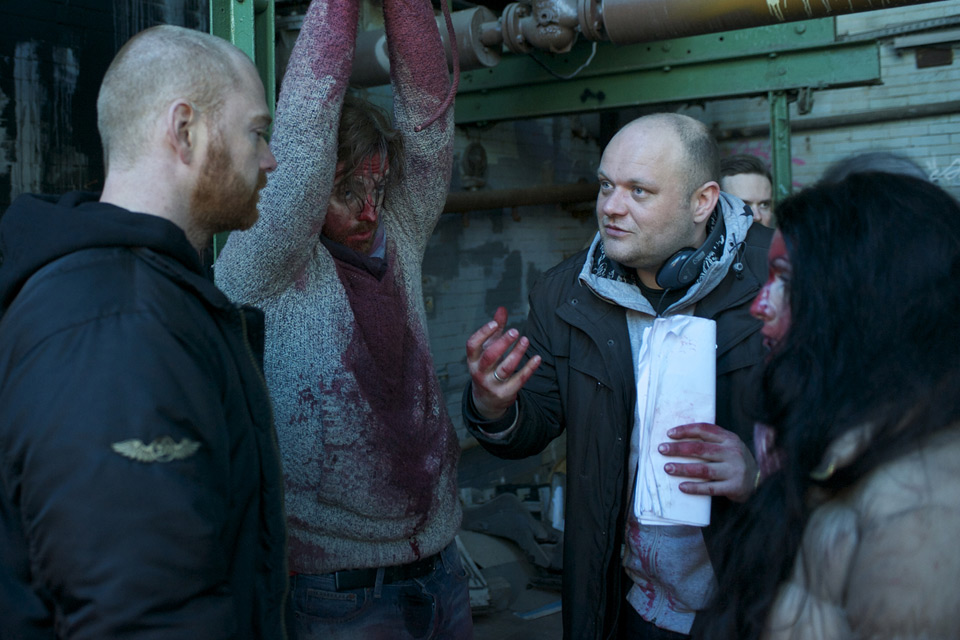 The stories I come up with are often inspired by personal experiences, which I then process and deal with in a playful manner. Make a Wish, my episode, is inspired by personal childhood traumata. When I came from Poland to Austria as a child, I experienced acts of xenophobia first-hand. These events inspired a fantastic plot that hinges on a role reversal between victim and perpetrator. How does a perpetrator feel when he suddenly finds himself imprisoned in a victim’s body, subjected to all the pain and suffering he had previously inflicted on the victim? What does a victim who simultaneously changes into a culprit feel? Would a suddenly and surprisingly empowered victim make use of a perpetrator’s means and exact revenge? These are the mind games already suggested by the title Make a Wish.

It is the freedom and potential of each single one of us to master the great and dreadful issue that is violence, by casting a fearless glimpse into the abyss of one’s own deepest fears in order to remove the taboos that still surround the subject of violence. 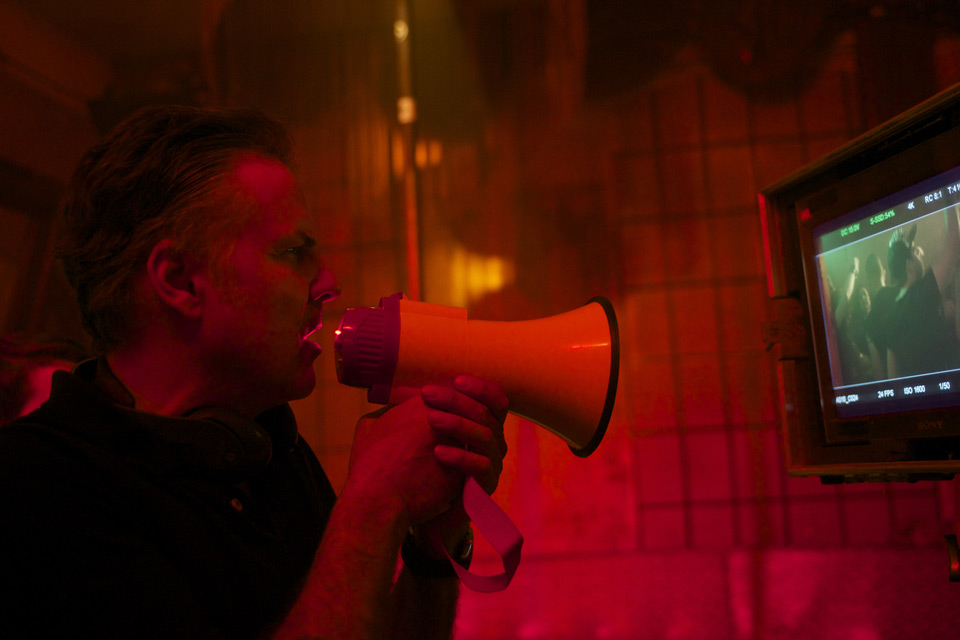 I know Jörg Buttgereit from way back in the leaden days in which Berlin was still separated by ‘The Wall’, ever since I designed the poster for Nekromantik in 1987. During the Q&A’s of the festival tour of my movie Masks I was often asked why Jörg had ceased to make movies. Simultaneously, portmanteau films such as The ABCs of Death, once so popular, experienced a revival — but not in Germany, a fact that annoyed me. I thus called Jörg and suggested a collaboration. Later I met Michal Kosakowski at the Transylvanian International Film Festival where he presented his film Zero Killed. He brought a much-needed outside perspective to the project from ‘Old West Berlin’, a savoury Polish point of view akin to Andrzej Zulawski’s Possession back in 1981.

Alraune was the first section of German Angst, the primordial episode, so to say, as it harks back to the early days of German expressionism, when Germany had been the leading exporter of fantastic movies, before most talented directors left for France and later Hollywood. Alraune was filmed no less than five times between 1918 and 1930 (and remade in 1952) and thus ideally suited to help us revive the impulses of The Demonic Screen (Lotte H. Eisner) that still pervade our collective memories with their ghostly power in German Angst.

As the myth of the lust- and death-inducing mandrake root has haunted German screens for so long — of special note are the two versions starring Brigitte Helm, both set in the feverish Berlin of the 1920s — it strongly suggested itself for a new adaptation. My (intentionally loose) free adaptation is set in modern Berlin, but emphatically not in the naturalistic city of the so-called Berlin School. On the contrary, my Berlin is suffused in strong-contrast primary colours, a city of nightmarish delirium, in which dreams and fears acquire alarming reality. I love classic narrative and genre films, especially in their most obsessive European manifestations — a cinema that is primarily felt and experienced.

Instead of CGI effects, Alraune features analogue dream sequences shot with the aid of supplementary prisms from the 1970s. I prefer analogue haziness and ambiguity to digital image sharpness and definition, and I favour blur shots — images that cannot immediately be decoded and that fuse with the viewer’s own imagination, shape-shifting forms between pleasure and horror, the ambivalence of passion and addiction.